Monopoly is a classic board game that has probably provided more joy and tears than any other board game known to mankind. Monopoly has been known to fuel both friendly bonding experiences and of course heated disputes. Join newcasinos.io as we uncover some interesting facts about Monopoly and some of the best sites to play Monopoly for real money.

How to Play Monopoly Live 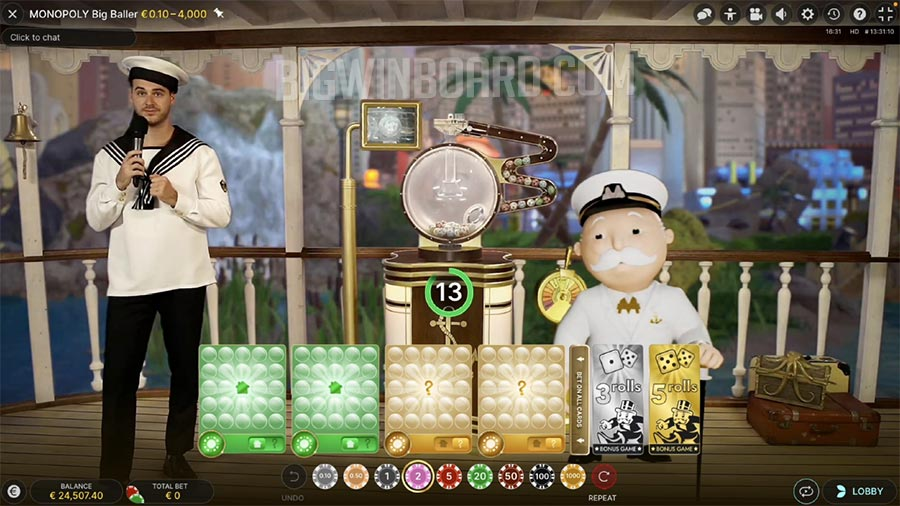 Though real money Monopoly video slots may not be as immersive as their Monopoly Live and Monopoly Big Baller counterparts, yet there are still some fantastic opportunities to win real money playing online Monopoly games! There is a great selection of Monopoly video slots and newcasinos.io has sifted through them all to provide you with only the very best options:

Monopoly Big Event is one of the most popular real money Monopoly games available online. This video slot offers a 5 reel by 3 row layout with 20 adjustable lines. Monopoly Big Event has an RTP of 96% to 99% depending on the virtual casino operator you wish to play at. There is also a bonus game which can lead to a maximum win of x2,000 your original stake.

Megaways slots are known for their incredible number of paylines and this real Monopoly slot is no different! Monopoly Megaways sports a 6 reel by 5 row layout with a jaw-dropping 117649 paylines. Due to the fantastic number of paylines, Megaways often provide a relative maximum payout and with Monopoly Megaways, players are provided with a maximum win potential of x14,700 their original stake and let’s not forget the alluring RTP of 96.5%.

Monopoly Mega Movers is often featured as a high-roller slot machine, it’s 5 reel by 4 row layout is matched with 3 upgradeable wheels which can offer better free spins, wilds and jackpot bonuses the jackpot can reach up to €100,000. Where Monopoly Mega Movers lacks in aesthetics it makes up for with a mouthwatering maximum win potential of €250,000 and an RTP of 96.05%.

How to play Monopoly with real money?

Playing Monopoly with real money can be as easy as exchanging the Monopoly notes with actual FIAT currency. This however is only recommended if you’re willing to risk the relationships of your friends and family! The other option is to choose one of the real money Monopoly online games we have listed in this article, take your pick from Monopoly Live or a handful of the best Monopoly-themed slots.

Is there a real money Monopoly game?

The answer here is an absolute yes! There are a great number of real money Monopoly slots, however, the most popular real money online Monopoly game is certainly Evolution Gaming’s Monopoly Live. Our list of Monopoly slot machines also provides great alternatives for slot lovers.

At which casino site can I play Monopoly for real money?